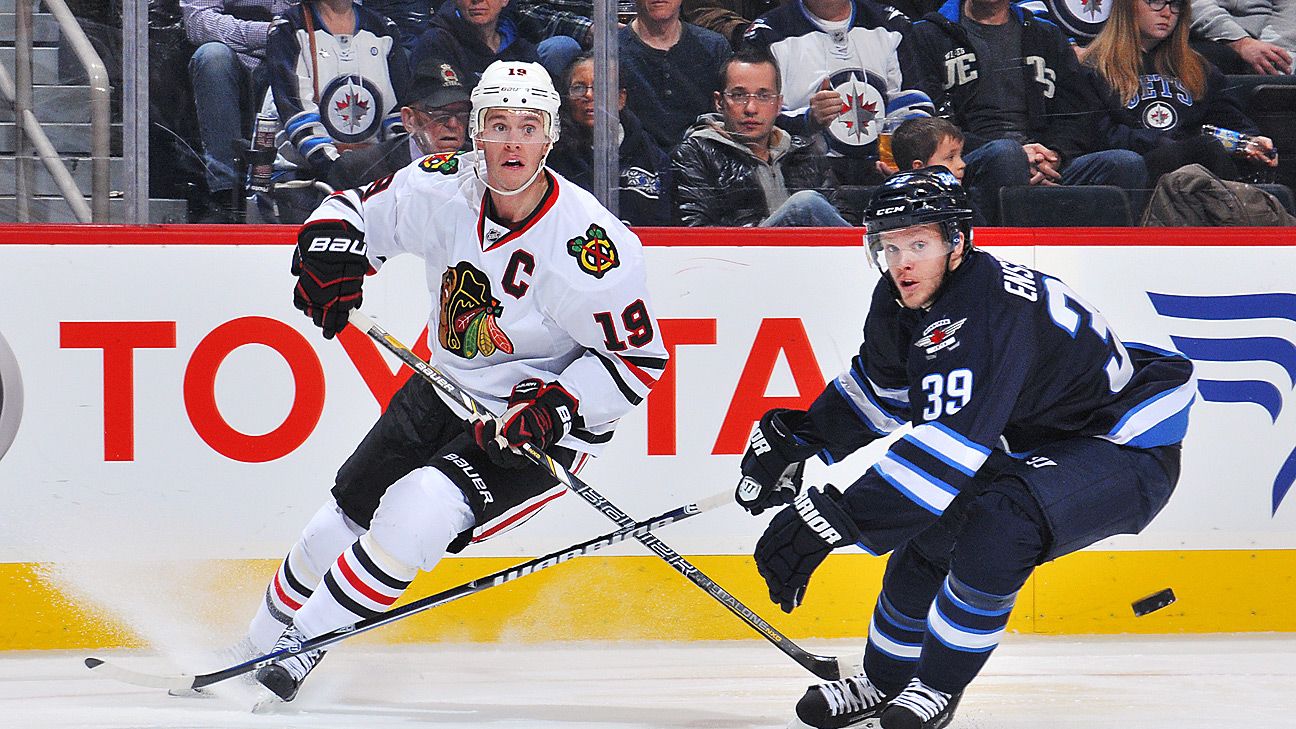 In a video announcing his return to the team on Wednesday, the team captain said: “Honestly, I haven’t taken this much time off the ice probably ever, since I was a kid at least, so it’s definitely nice to be back in Chicago, see some of the guys again, and slowly and surely settle into the life and routine again.

Toews said he looks forward to playing in front of fans at United Center next season.

The Blackhawks and Toews announced on Dec. 29 that the center would not join the team at training camp. Toews said he experienced symptoms that left him feeling “drained and lethargic” and that there was no timetable for his return to the team. He ended up missing the entire 56-game regular season, which saw Chicago go 24-25-7, finishing in fifth place in the realigned Central Division.

I wasn’t too vocal about the things I went through this year. I appreciate the understanding and support and wanted to share this message on where I’m at. pic.twitter.com/3qgftKki10

Toews, 33, acknowledged that he “wasn’t too vocal about the things that I went through this year” and that he felt bad for not having been more forthcoming with his condition, leading fans to speculate on how serious it was.

“I just think it’s a lot of things that just piled up, where my body just fell apart. What they’re calling it was chronic immune response syndrome, where I couldn’t quite recover. My immune system was reacting to everything that I did, any kind of stress, anything that I would do through the day, just there was always kind of that stress response,” he said.

“It took some time and that was the frustrating part, was not knowing when or how we were going to get over the hump. But thankfully I have a great support team of people that helped me through it and learn about the stress I put on my body during the years.”

Toews thanked his fans and teammates for support, as well as Blackhawks owner Rocky Wirtz, general manager Stan Bowman and coach Jeremy Colliton for theirs.

“You talk about the things that you appreciate and the things you maybe take for granted, but I think the No. 1 thing is I’ve had so many people across the hockey world that have shown their support. And I think that’s the biggest thing: You realize there’s more to life than hockey,” he said. “But I’m excited to get back to the United Center and play and just go out there and play and have fun. And I think my best is going to come through, and I’m excited to get back in front of the fans.”

Toews’s announcement comes during a tumultuous time for the Blackhawks organization. An unidentified former Blackhawks player filed a lawsuit in which he alleges that former video coach Brad Aldrich sexually assaulted him and another player during the team’s 2010 Stanley Cup playoff run. The player is seeking more than $150,000 in damages. Chicago radio station WBEZ first reported on the lawsuit, which was filed in May.

Toews was 21 years old and in his third season in the league in 2010. He won the Conn Smythe trophy as playoff MVP.

Information from ESPN’s Emily Kaplan was used in this report.

Sources: Man Utd to sign Sancho from BVB for £72.9m

2:59 PM ET Rob DawsonCorrespondent Manchester United have agreed a fee in principle with Borussia Dortmund for the transfer of…

7:00 AM ET ESPN staff The Week 5 NFL schedule for the 2021 season is stacked with great matchups, and…

Joe Root still has ambitions to break into England's powerful batting line-up for the Twenty20 World Cup, with the Test…