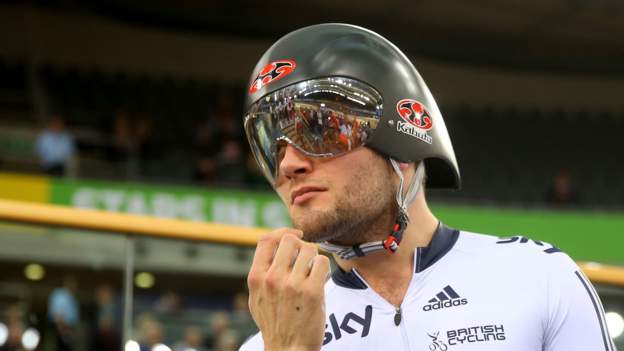 “I think some people have quoted it as the death of sport – it’s nowhere near that level.”

Broadcaster Piers Morgan has been perhaps the most high-profile, tweeting “RIP Sport” in relation to an article that said Biles’ withdrawal was “more impressive than winning”.

Within days of Biles pulling out of the final, it was announced England cricketer Ben Stokes was taking “an indefinite break” from the game to prioritise his mental wellbeing.

“This isn’t the start of a tidal wave of athletes suddenly pulling out of events because of mental ill health,” said Olympic gold medallist Callum Skinner.

The 28-year-old, who was later diagnosed with depression, said he “almost went through a bit of a breakdown” at the 2018 Commonwealth Games before claiming bronze for Scotland in the 1km time trial.

Speaking to BBC Radio 5 live, the Scot said: “I think some people have quoted it as the death of sport – it’s nowhere near that level.

“Athletes want to compete and be on the stage – that’s why I fought so hard to get back.”

The American has pulled out of Sunday’s vault and uneven bars finals and is yet to decide if she will compete in the finals of the floor (2 August) and balance beam (3 August).

“I did go back to competition and did win a medal but I almost pinned that performance and winning a medal as a magic cure to make me feel better,” said Skinner.

“We are really lucky in track cycling that we get to wear helmets so people can’t see what emotions you are pulling underneath.

“I would just say to Simone to do it for herself and don’t necessarily think that you have to go back to competition to prove anything to anyone or to supress any emotion you might have.”

Skinner now leads Global Athlete, an organisation set up to push for enhanced rights for athletes.

He said he and other competitors – including legendary American swimmer Michael Phelps – had previously spoken of injuries to cover for mental health issues.

“I’ve done it and I know of other athletes who have done it too,” he added.

“The question that is baffling me is why it is causing such upset in some circles that she is simply being honest about why she has pulled out.”

6:36 AM ET Rob DawsonCorrespondent Trophies aren't handed out in July, but Manchester United have at least used the summer…

How all 32 rookie first-round picks fared this offseason: Reporters give first impressions

6:40 AM ETNFL Nation reporters With veteran participation often kept to a minimum during offseason practices in the NFL, it's…

Former Jets Joe Namath and Winston Hill: A rose, a scotch and a Hall of Fame friendship

6:00 AM ET The 50-year friendship between the famous quarterback and his trusted protector was born at Lenox Hill Hospital…