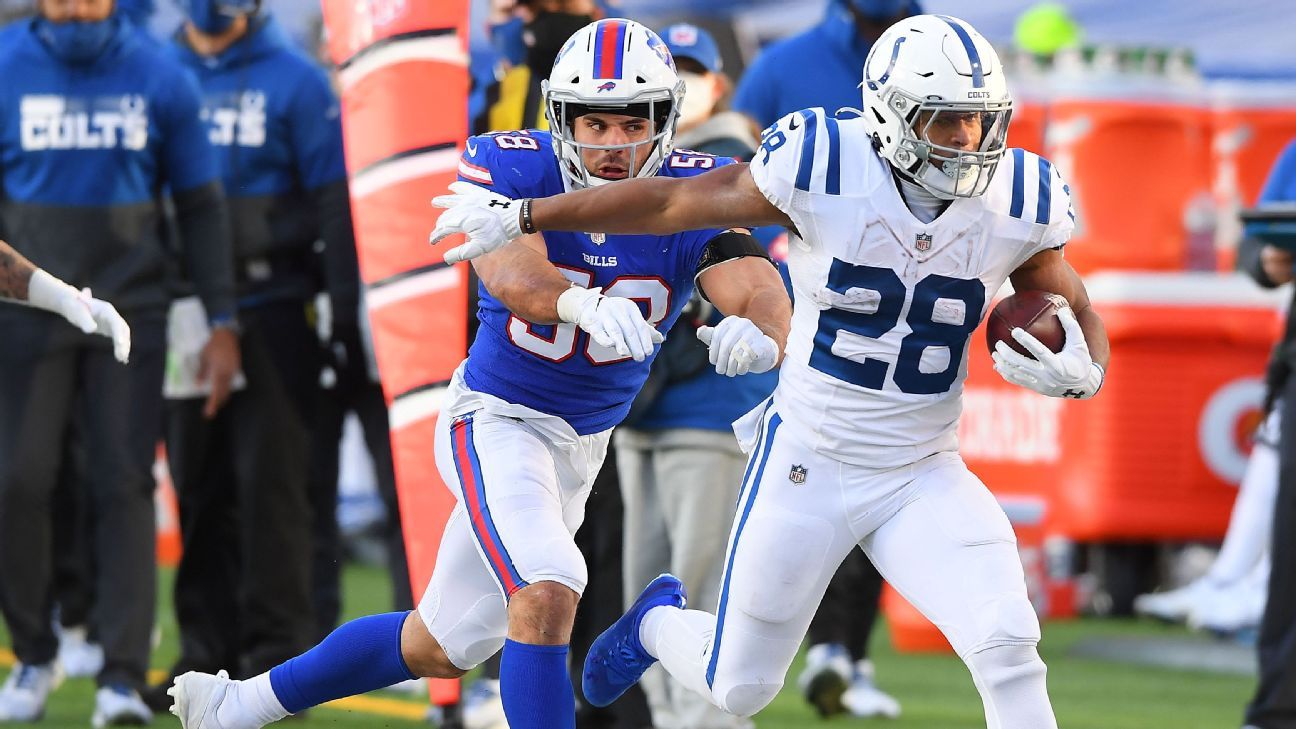 Taylor had a career-high 32 carries for 185 yards and he became just the 18th player in NFL history to have five touchdowns in the Colts’ 41-15 convincing victory over the Buffalo Bills on Sunday. The Colts started the season 1-4, but they’ve since won five of their last six games to move above .500 for the first time this season.

The 185 yards moved Taylor to the top of the NFL’s rushing lead (1,122 yards), ahead of Tennessee’s Derrick Henry. Taylor may stay at the top the rest of the season, especially with the possibility of Henry being out the rest of the year with a foot injury.

Taylor is the third-youngest player to have five touchdowns in a game and the third to get all five in just three quarters.

Colts coach Frank Reich said earlier this season that Taylor has reached the point where he deserves at least 20 carries a game. Taylor has topped 20 carries in a game just twice this season, with both coming in the past two games.

The lack of not being overworked is paying off because the Colts can lean on him even more down the stretch.

“I mean he certainly doesn’t feel battered and bruised,” Reich said last week. “Looks as strong, if not stronger. That’s a credit to him – his mindset, the way he works, the condition that he’s in and maintains. I’m sure he’s continuing even to get stronger…He’s a unique athlete.

“We are hoping that we can just continue to build that workload like in the track and field. Really have a second half of the year that’s stronger and faster than the first half of the year. That would be the goal.”

Current NFL playoff picture: Patriots take control of AFC, Bills fall to seventh
Rangnick wants to help Man United regain ‘control’ of games
Goalie Confidence Rankings: How all 32 teams should feel at the quarter mark
Time for an NBA-style signing deadline? Why MLB’s free-agent frenzy should be an annual event
After Davis and Haney failed to produce spectacular results, what comes next at lightweight?