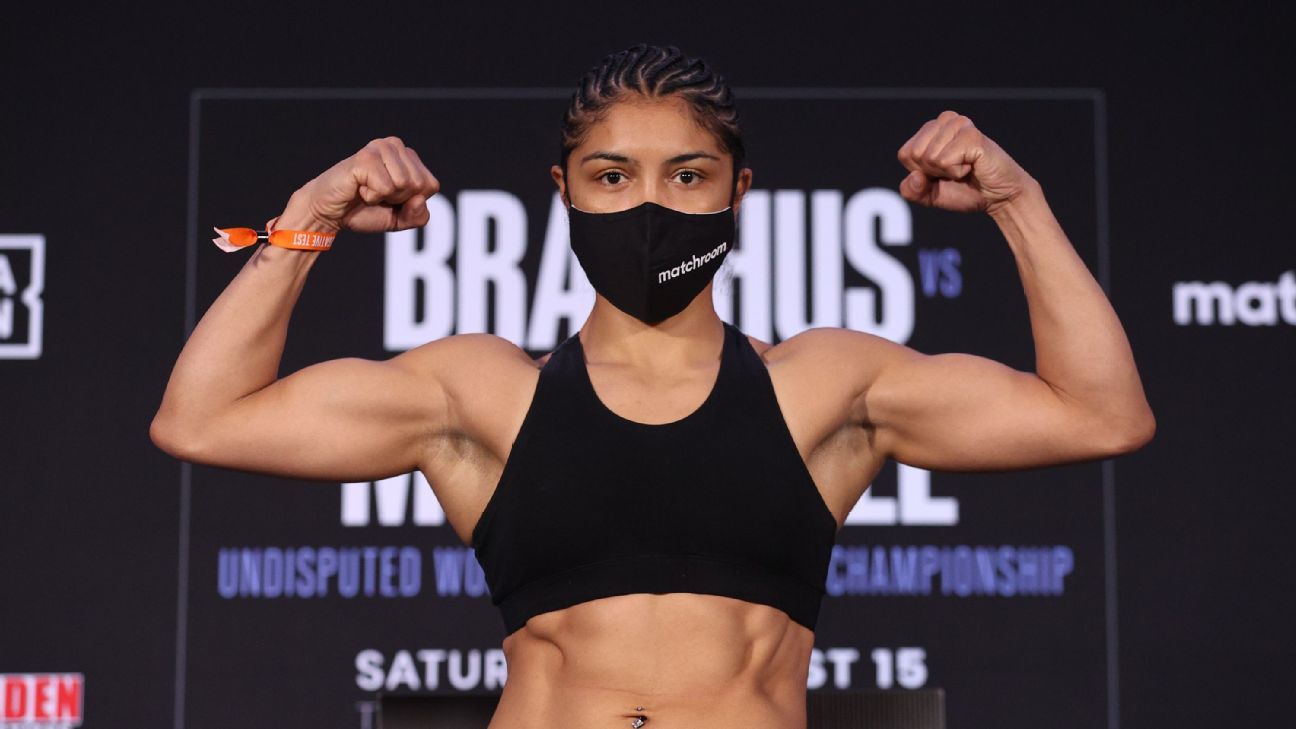 Undisputed welterweight champion Jessica McCaskill is still scheduled to fight on the undercard of the Devin Haney-Joseph Diaz fight on Saturday night. It’s just her opponent that will change in Las Vegas.

McCaskill will now fight Kandi Wyatt, out of Calgary, Alberta, Canada, after her initial opponent, Argentinian Victoria Bustos, had travel issues relating to COVID-19 protocols, a source confirmed to ESPN.

Wyatt (10-3, 3 KO), last fought in August, when she had a unanimous decision loss to Alma Ibarra. She has fought for a title once before, in November, 2020, when she lost a unanimous decision to Kali Reis for the WBA junior welterweight title. Wyatt has lost three of her last five fights and has not won a fight in her career outside of Canada.

This will be Wyatt’s third straight fight in the United States.

This will be the first fight for McCaskill, ESPN’s No. 4 pound-for-pound boxer, since she defeated Cecilia Braekhus for the second time in March.