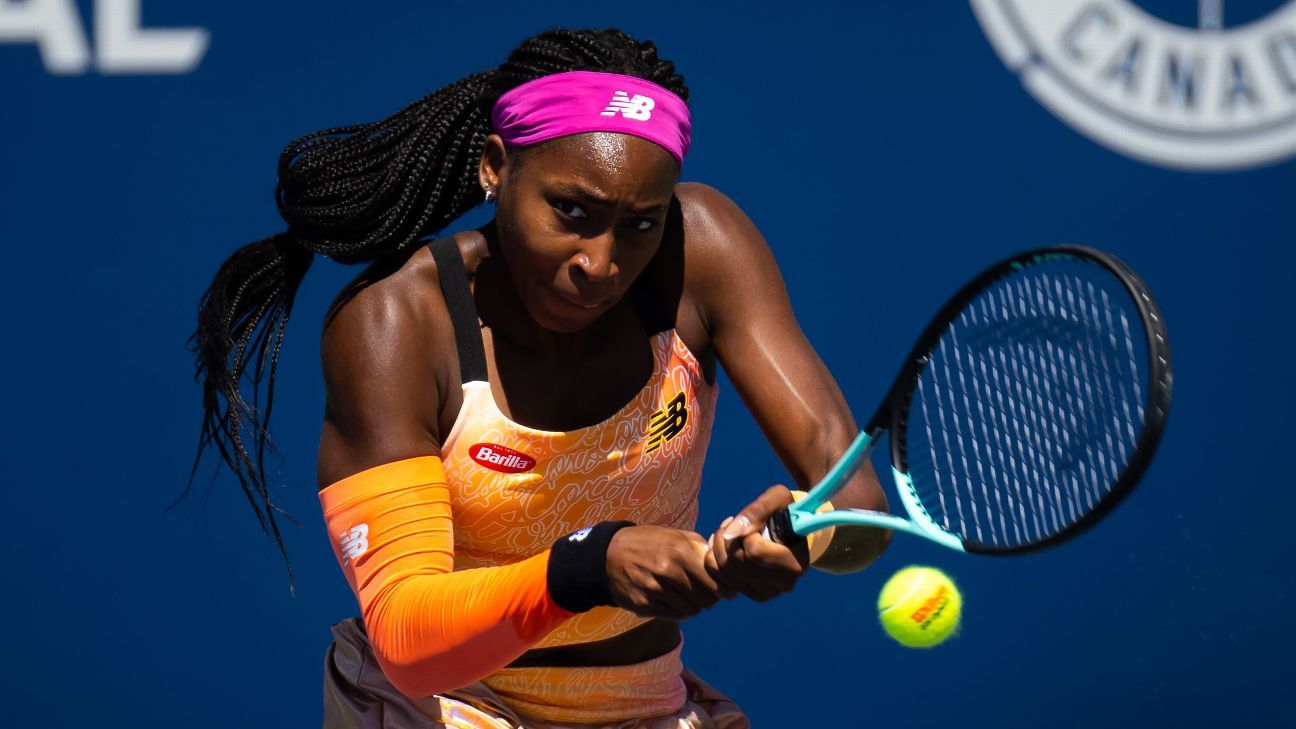 Sabalenka tossed her racket in frustration after surrendering the deciding point in the match that took 3 hours, 11 minutes.

Both players struggled with the wind at Sobeys Stadium, with Sabalenka committing 18 double faults and Gauff 15. Sabalenka, from Belarus, had 42 unforced errors, 10 more than her American opponent.

Gauff, the No. 10 seed, will face Romania’s Simona Halep in the quarterfinals. Halep, the 2016 and 2018 tournament winner in Montreal, beat Switzerland’s Jil Teichmann 6-2, 7-5.

Bianca Andreescu, the Canadian who won the event in 2019 in Toronto, faced China’s Zheng Qinwen in the night session.

England roar back in thrilling draw with Germany
Shakur is paving his way to stardom — at 135 pounds
Hometown hero: Nakashima wins in San Diego
NBArank 25-11: These stars are knocking on the top 10 door
Many questions surround Rennie’s ill-disciplined Wallabies, with few answers on offer

Which top Premier League clubs will be hit most by World Cup? It's bad news for Chelsea

8:45 AM ETAfter some drama about who would and who would not be in the PGA Tour's FedEx Cup playoffs,…