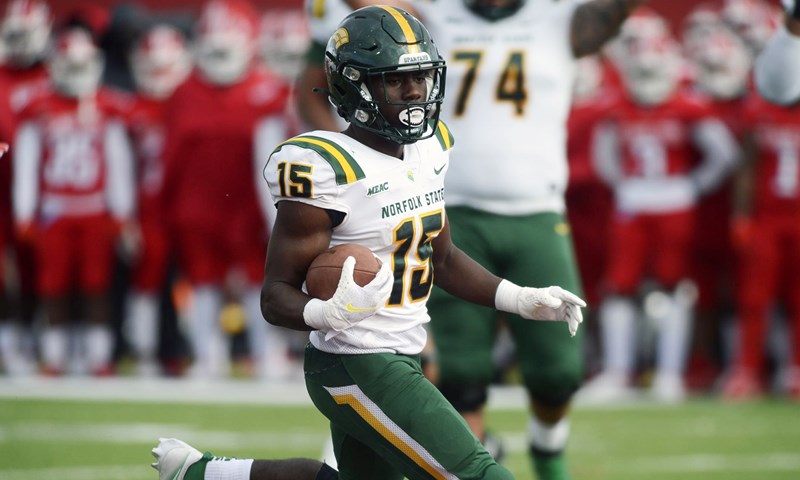 One of three running backs on the HBCU-exclusive lineup, Davis is joined by Alabama A8M’s Gary Quarles and Mississippi Valley State’s Caleb Johnson. The recognition came just a few days after Davis was selected as the 2022 MEAC Football Offensive Player of the Year.

Davis enters his second season off a dominant freshman campaign that saw him post a conference-best 887 rushing yards, the most by a Spartan back since 2013.  He led all FCS schools with 7.2 yards per carry, led the conference with 1,288 all-purpose yards, and ranked second in the MEAC with 11 total touchdowns.

Davis and the Spartans open the 2022 slate in Huntington, W.Va. on Sept. 3 at 3:30 p.m. for just the second meeting ever between Norfolk State and Marshall.

Ranking the fights at UFC 278

9:04 AM ETJeff WagenheimFor sports fans, there's nothing more exhilarating than watching the best of the best perform. Whether it's…

7:02 AM ET SAITAMA, Japan -- Around 6 p.m. Wednesday evening Patrick Reed was riding in a cart around a…