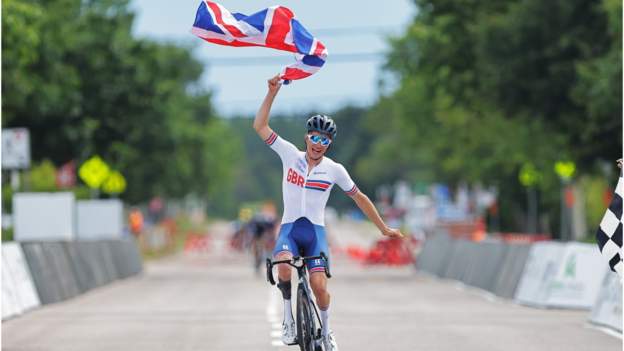 Brown, who is also a talented triathlete, got the better of Kaitlyn Schurmann of Australia in the C1 event.

Graham made up for finishing just 0.08secs off gold in Friday’s C3 time trial with a dominant display.

There was silver for Sophie Unwin and Jenny Holl in the women’s tandem event.

In the men’s C4 event, George Peasgood added to his time trial gold with road race bronze after being edged out in a sprint finish.

Graham, who made his Paralympic debut in Tokyo, where he won two silver medals, had his competition preparations hit by a bout of Covid last month.

But he showed no ill-effects and after an impressive time trial performance on Friday, the 22-year-old Scot starred again, finishing in one hour 49 minutes 31 seconds, 14 seconds clear of runner-up Steffen Warias of Germany.

7:32 PM ETWith Spain's LaLiga and Italy's Serie A kicking off this weekend, all of Europe's major football leagues are…

Repost from @espn • (via @papoosepapoose)