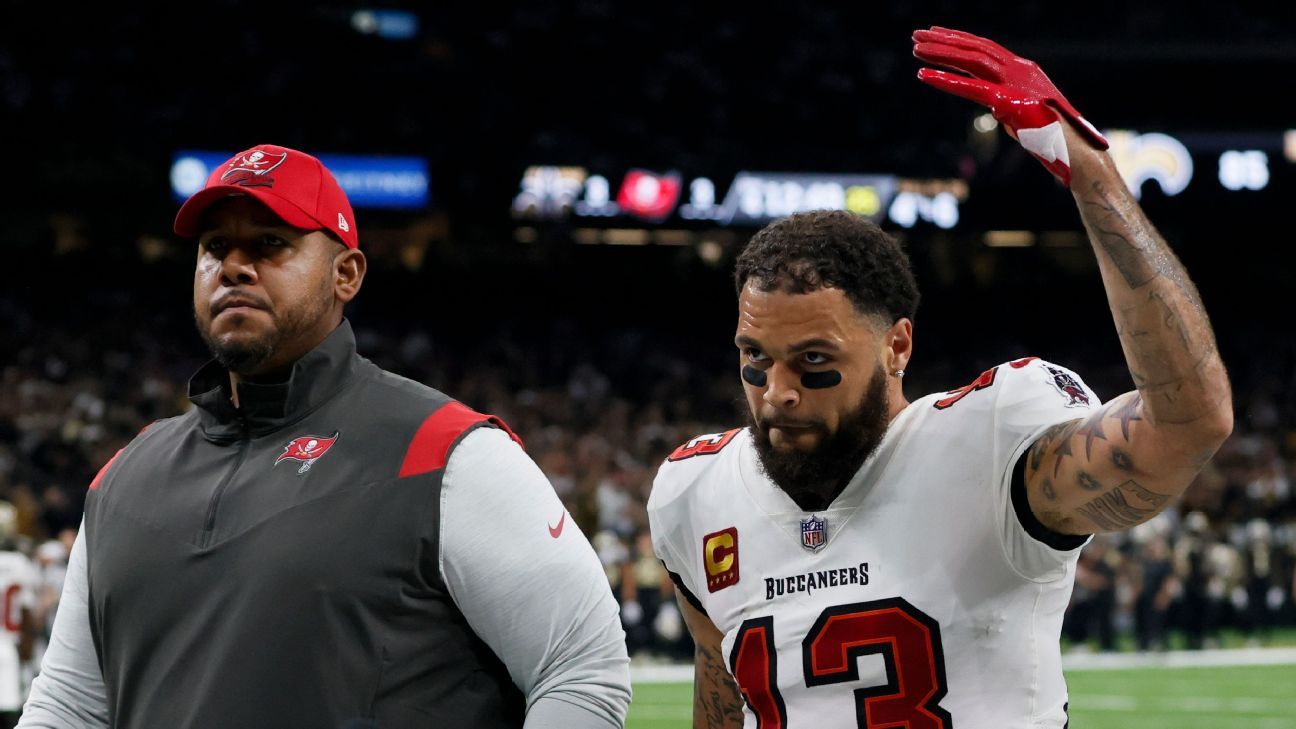 Evans will miss the Buccaneers’ home opener Sunday against the Green Bay Packers.

Evans’ one-game suspension will cost him $62,222. His base salary is $1.12 million after he restructured his contract during the offseason.

The wide receiver was suspended Monday for his role in Sunday’s altercation with New Orleans Saints cornerback Marshon Lattimore. He appealed the suspension and the hearing before Thrash, who is jointly appointed by both the NFL and the NFL Players Association, was held Tuesday.

“We are disappointed that the league upheld a suspension when there are several arguments of players doing more egregious violations including; Punching kicking and choking players and not being suspended,” Evans’ representatives said in a statement. “In addition Evans had already been ejected which is penalty enough but the league chose to discipline him even more this is unfortunate but we will respect the league decision.”

This was not Evans’ first suspension for a scuffle with Lattimore. In 2017, Evans was suspended for one game for running onto the field and shoving Lattimore in the back.

In a letter to Evans informing him of his suspension on Monday, NFL vice president of football operations Jon Runyan wrote, “After a play had ended, you were walking toward your sidelines. When you noticed your teammates engaged in a confrontation with Saints’ players, you ran toward that area on the field and violently threw your body into and struck an unsuspecting opponent who was part of that confrontation. You knocked your opponent to the ground and a melee ensued involving players from both teams. Your aggressive conduct could have caused serious injury to your opponent and clearly does not reflect the high standards of sportsmanship expected of a professional.”

On Sunday, Evans said he believed Lattimore punched running back Leonard Fournette in the face and pushed quarterback Tom Brady. He said he wasn’t concerned about being suspended because he felt like 2017 was a more flagrant violation of the rules and he wasn’t ejected at the time. But the NFL does take into consideration repeat offenses.

In 2020, Lattimore was fined $10,500 for unnecessary roughness for shoving Evans in the back, prompting Evans to rip his helmet off.

Evans will be permitted to rejoin the Buccaneers on Monday.

Lingering questions for all 32 NHL teams heading into training camp

7:00 AM ETMultiple ContributorsIt doesn't seem that long ago when the Colorado Avalanche won the Stanley Cup, then even more…

12:53 PM ETKentucky wide receivers coach Jovon Bouknight was arrested and charged with driving under the influence on Saturday.Bouknight was…

The International team faces historic odds; can it pull off a massive Presidents Cup upset?

The International team has none, after Australia's Cameron Smith, the third-ranked player in the world and The Open winner, jumped…