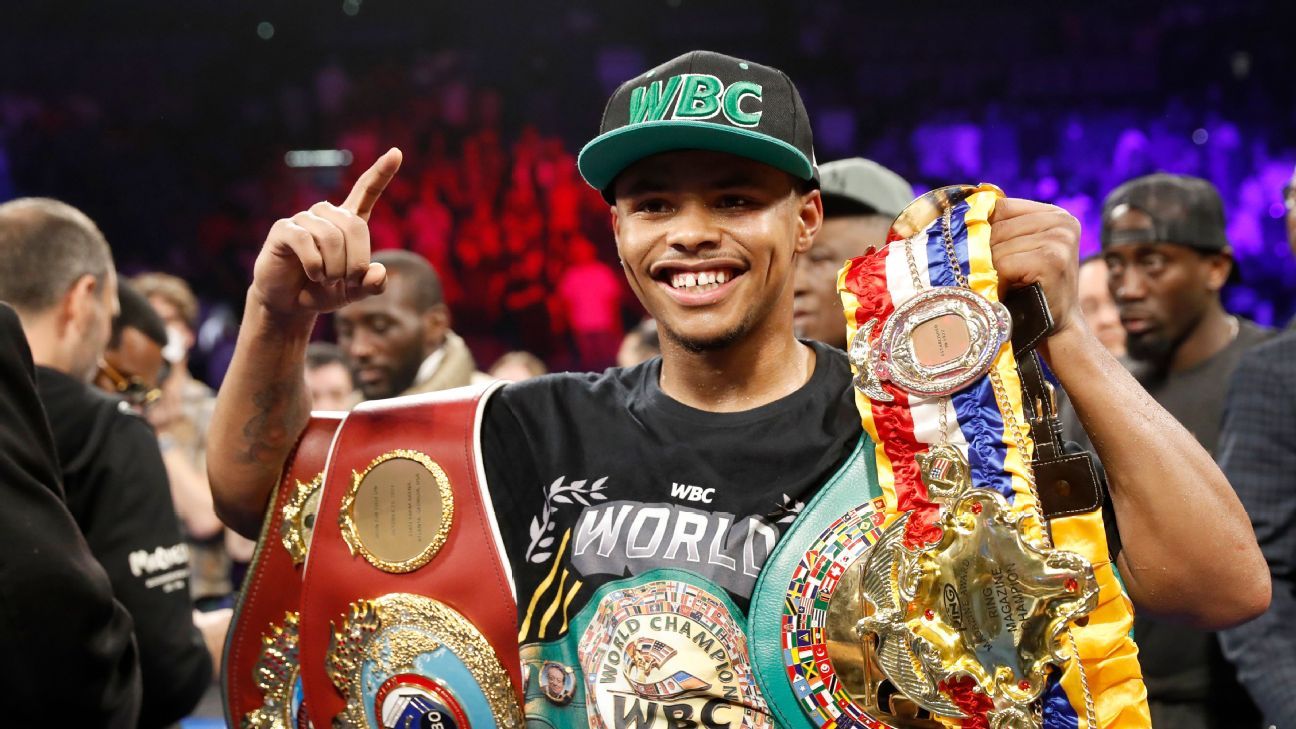 Shakur Stevenson failed to make weight Thursday ahead of his fight against Robson Conceicao on Friday in Newark, New Jersey, and will be stripped of his two 130-pound titles, per championship fight rules governed by the WBO and WBC.

The 25-year-old weighed 131.6 pounds and had two hours to shed 1.6 pounds but determined he couldn’t lose the excess weight.

“I gave it my all,” tweeted Stevenson, ESPN’s No. 1 junior lightweight. “I’ve been professional my whole career and made weight, but my body just can’t make 130 anymore. My health has to come first. I’m moving up to 135 in my next fight.”

Conceicao, an Olympic gold medalist, will be eligible to win the two vacant titles, which will remain vacant if he loses. Stevenson and Conceiao reached an agreement on a financial penalty for Stevenson’s failure to make weight in order to allow the fight to proceed, sources said. Stevenson was scheduled to earn $3 million, per sources.

Conceicao, a 33-year-old from Brazil, weighed 129.6 pounds for the second title opportunity of his career. His other crack at a championship came in September 2021, when he dropped a controversial decision to Oscar Valdez.

Valdez was allowed to fight, despite the presence of a banned substance in his system following a positive test weeks before the bout. Conceicao (17-1, 8 KOs) rebounded with a rout of Xavier Martinez in January while Valdez was dominated by Stevenson in April.

Stevenson (18-0, 9 KOs) will be fined by the New Jersey State Athletic Commission.

Sep 22, 2022Mike CoppingerESPN Boxer Gervonta Davis will stand trial on Dec. 12 for his alleged involvement in a hit-and-run…

How all 32 rookie first-round picks fared this offseason: Reporters give first impressions

6:40 AM ETNFL Nation reporters With veteran participation often kept to a minimum during offseason practices in the NFL, it's…

Big questions for Mexico: Injuries, leadership, and the 'quinto partido'