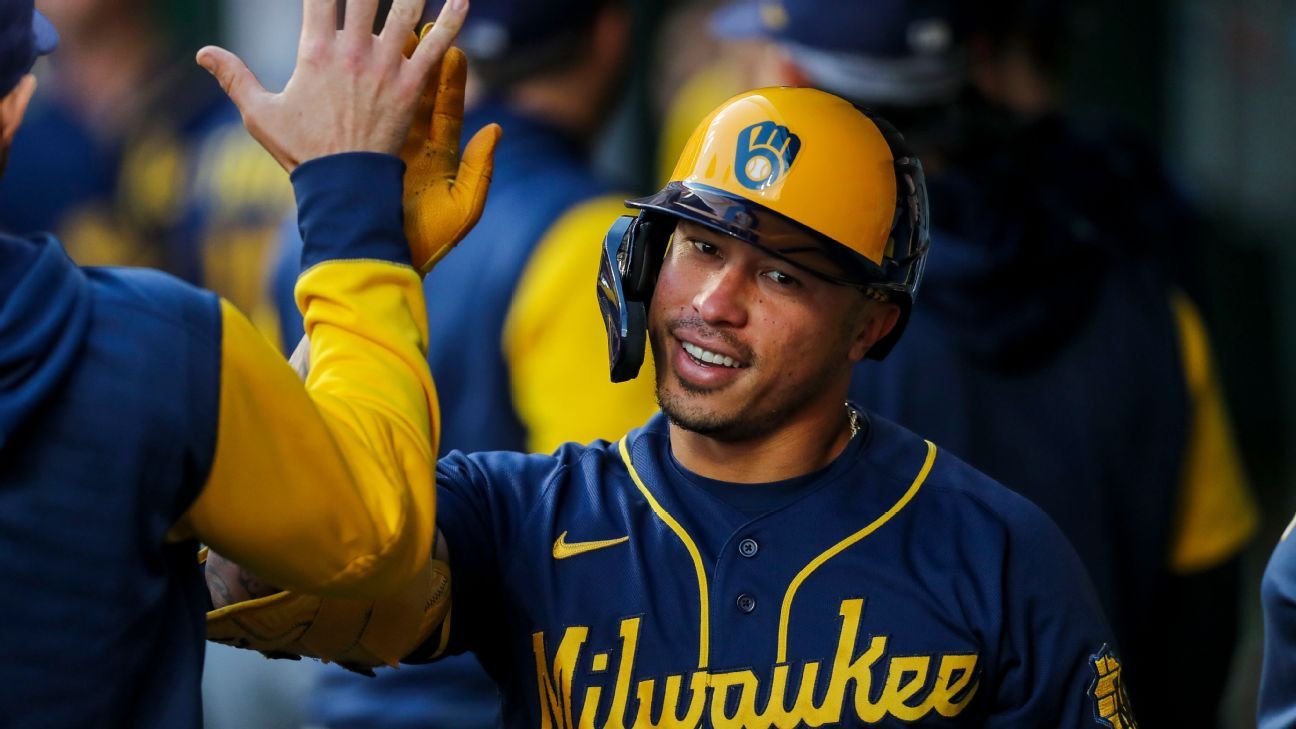 Wong hit a two-run drive in the second inning against Hunter Greene. He hit another two-run shot in the sixth off Dauri Moreta and a solo drive in the eighth against Joel Kuhnel.

Wong has a career-high 15 homers on the season.

“I’m definitely not a guy who hits three home runs very often,” Wong said. “I’ve had a chance to do it a couple of times, but I tried to do too much. I just tried not to do too much and keep my swing tight.”

“We had four hits,” manager Craig Counsell said. “Kolton had three, and all three were home runs. That was pretty incredible. He was definitely a one-man show on offense.”

Wong is the third Milwaukee second baseman to hit three homers in one game. Dale Sveum did it on July 17, 1987, against the Angels, and Aaron Hill accomplished the feat on May 7, 2016, in Cincinnati.

The second-place Brewers (80-70) opened a four-game set against lowly Cincinnati with their second straight win. They remained 2 1/2 games back of Milwaukee for the third NL wild card.

Woodruff (12-4) struck out 11 in six innings. He allowed three hits and walked two.

The 6-foot-4 right-hander has 32 strikeouts in his last three starts – all wins. He has struck out 11 or more batters in three of his four starts against the Reds this season.

“I think it starts with rhythm and timing – simple stuff,” Woodruff said. “I’m consistently getting ahead more. I’m trying to get them to swing early.”

Counsell sees the right-hander rounding into form after missing most of June with injuries to his right ankle and fingers.

“He’s been getting better,” Counsell said. “When he came back from the injury, he was good, but now he’s even better at a good time for us.”

Kyle Farmer hit his 13th homer in the sixth to account for Cincinnati’s only run. Greene (4-13) struck out eight in five innings.

The NL Central matchup drew a crowd of 9,889, the sixth under 10,000 this season at Great American Ball Park.

After throwing 47 pitches at least 100 miles per hour in a 1-0 loss at St. Louis on Saturday, Greene reached triple figures 15 times against Milwaukee, according to Statcast.

“I felt solid,” Greene said. “I felt really good. Those walks hurt me. It’s a good hitting team. It is always a battle when I face these guys. They are pretty good at hitting mistakes. There were times when I pulled off. I tried to elevate a fastball to Wong. It kind of leaked over the plate a little bit.”

Leonard cleared, but Clippers will be 'cautious'

2:28 PM ETLOS ANGELES -- Kawhi Leonard has been cleared to participate fully in training camp next week but the…